6 Benefits Of Learning A Foreign Language 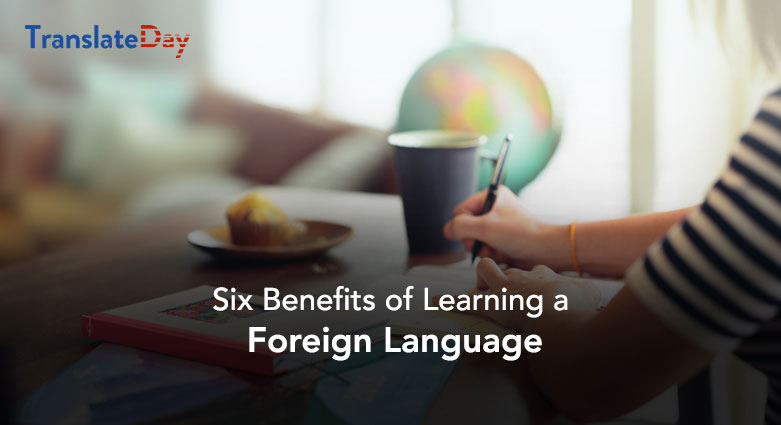 Have you ever considered learning a foreign language? Well if you haven’t, perhaps it’s time to do so now. The world is increasingly shrinking and people are coming closer together than ever before. Employment opportunities are global, business is international and people travel all over the world. Now, this may come as a surprise to most people; but the thing is, if you have already learned one language, it becomes easier to learn another. The more languages you know, the more the advantages you can enjoy in your professional and personal life. If you’re wondering why it’s important to learn a foreign language, read on:

It makes you smarter

One of the biggest benefits of learning a foreign language is that it increases your memory power and lengthens your span of attention. Bilingual people are more able to tackle challenges and concentrate better as well. Shifting from one language to the other and back also helps to improve your multitasking capabilities. Being bilingual also helps you in better decision making, by helping you think rationally and logically. As you learn the syntax and structure of another language, you will automatically better understand the structure of your native tongue. Research also suggests that people who learn and practice two or more languages may be able to keep degenerative brain diseases like dementia and Alzheimer’s at bay. One reason for this is that learning other languages opens neural pathways, enabling the processing of information through more diverse channels; it is also thought that being multilingual improves the brain’s executive function and attention. Learning a new language can also make you more creative, as it can help you look at puzzles and problems from completely different viewpoints.

Read also How to learn French on your own 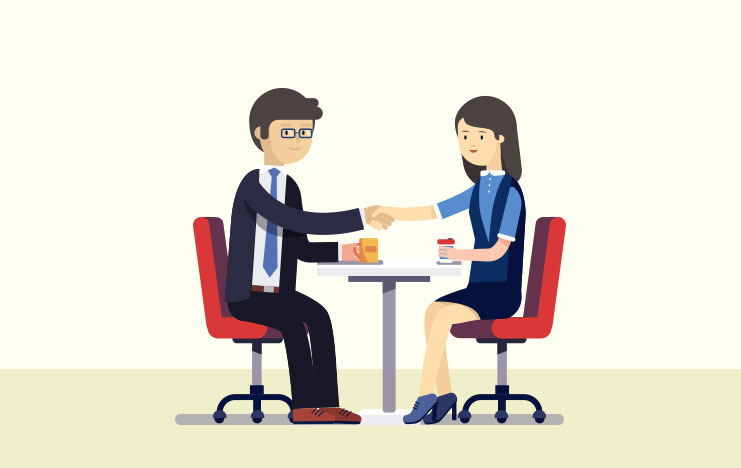 Nowadays, several companies have offices in many countries; knowing two languages will help you land plum jobs at different locations. If they are not present in different countries already, you can be sure the company is going to do that in the near future. Everyone is looking to enter new markets. Or it could so happen that the company has major clients or vendors from countries that speak say, Spanish. If you know Spanish, it will be a huge asset for you, and your company. Knowing your customers’ language – that is very valuable indeed. It could also enhance your chances of getting a promotion. It also conveys to the management that you are self-motivated and are keen on developing new skills, which will earn you a few more brownie points. So whether you’re sending in your resume, attending a job interview, or have already begun your career, being proficient in another language is always a very handy thing indeed. You can also demand higher salaries, and even have the opportunity to work in diverse domains. If you’re thinking of starting your own business or expanding your existing business, then it’s not just beneficial, knowing another language is almost a crucial necessity! You can get jobs as translators and interpreters, and have the opportunity to travel abroad on company expense – doesn’t that sound good? Still thinking what are the benefits of learning a foreign language?

Foreign travel is all too common nowadays. Learning a language that is spoken in several countries, like French, Portuguese or Spanish will be a huge advantage for you, and those travelling with you – friends, colleagues and family. Not knowing the local language can make the simplest of tasks like ordering food in a restaurant, asking for directions, buying tickets, and other similar stuff complicated, embarrassing and at times hilarious too. You may travel for pleasure, or may have to travel for your work. Knowing the native language of the place you travel to will help you meet and converse with locals. People always appreciate when ‘foreigners’ speak their language. Ergo, learning new languages widens the range of destinations you can choose from for your holidays.

You can appreciate other cultures

One of the benefits of learning a foreign language is that you can begin to appreciate other cultures – you can enjoy movies, TV shows and songs in that language. You can also listen to the news in that language – giving you a new perspective on current events, and even history. When you learn another language, it opens a lot of doors for you – whole new experiences that were not available to you previously; this also tends to make you more rational. You will be able to better understand the cultural differences and be more accepting of other peoples, their customs, habits, and so on, even if they are vastly different from yours. Bilingual or multilingual people have a whole new outlook on human nature! This can help you grow tremendously as an individual.

One of the lesser known reasons why it’s important to learn a second language is that it can enhance your communication skills. The most obvious result of knowing more languages is the ability to speak to a greater number of people; but it also makes you a better communicator even in your own native tongue. Not only are bilingual and multilingual people better able to convey what they want to, they are also able to understand the intended meaning, and often, the hidden meaning of what the other person is saying. Studies have also shown that people who can speak more than one language are pretty good at nonverbal communication. This could be because you are not as confident and comfortable in your second language as in your native tongue, and rely more on hand gestures, expressions, changes in tone and voice modulation, subtle body language and so on to convey your message more effectively.

Knowing multiple languages, or even just two, can give your self-confidence an immense boost – it’s a great feeling to be able to recognize when somebody is speaking in that language, or something comes on the TV. You know that you have an edge over those who know just one language; you are aware that your professional prospects are now much more enhanced; you are now able to appreciate other cultures, talk to many more people, and enjoy movies and music in other languages; you are also likely to be respected by other people, especially those whose language you have made the effort to learn – all these are bound to make you increasingly confident in yourself and your abilities. 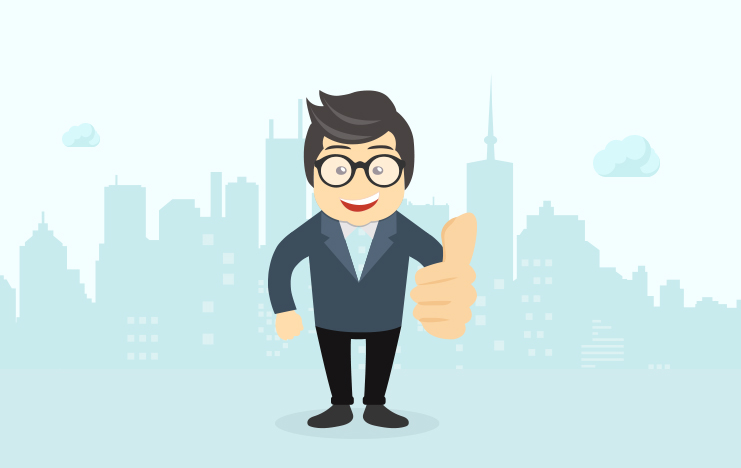 Now that you’ve seen what you stand to gain from learning another language, you need to take the next step: decide which language to learn, and then actually start. If you are a native English speaker, we would recommend learning a European language like Spanish, Italian, or French – those will be much easier compared to say Chinese, or even Russian for that matter. It makes sense to learn a new language that has something in common with the language you are fluent in already.

Some of the languages you can learn on your own, like French and Spanish. Today there are several resources available for the learner. There are several language teaching websites where you can enroll for a free basic course initially and then sign up for a paid course to learn more advanced stuff. Some of the websites are FluentU, DuoLingo, BBC, Bilingua, Fluencia, Univision, La Conasse, Bonjour De France, Jukuu and so on.

You can also join online discussion forums for specific languages where you can meet either beginners or advanced learners and practice the language by chatting with them.

Other methods are listening to the news, watching movies, listening to songs, reading blogs and online magazines etc in your target language to pick up the nuances and finer details, and interesting colloquialisms which you may not otherwise be able to learn in a formal setting. You can also join a class in your hometown or engage a tutor to give you private lessons. We also suggest visiting areas in your city or nearby cities where there is a sizeable population that speaks the language; mingle with the locals and converse with them.

Practice in front of a mirror, to get over your inhibition of speaking a new language. You can also practice new words, phrases and sentences you learn as you go about your routine chores at home and outside.

Remember, no knowledge, however trivial it may seem at the time you acquire it, is ever trivial; it never goes waste. It will help you at some time; maybe even when you least expect it. There are no drawbacks to learning more languages – only advantages! So if you have not enrolled for a foreign language course already, now is the time to do so!

My husband and I are planning to take a trip to France next summer and we are thinking about learning some French before we go so that we can communicate and get a better grasp of the culture. I had no idea that there are so many other benefits of learning a foreign language like the fact that it can open up new employment and career opportunities. Also, you make a great point that learning a language can help you improve your communication skills in general and this would be a great benefit for me because I am always looking for ways to create better communication with my friends and family.

It’s cool that those who speak multiple languages tend to be better at finding alternative solutions more easily. My brother is looking to improve his problem solving, and he has always been interested in speaking another language. I will be sure to recommend he looks for a learning program near him so that he can learn more about the culture he loves while benefiting his problem-solving skills for his future career.

I’ve been wanting to enroll my child in a dual-language program, so she’ll have more knowledge about the other countries’ cultures. I never knew that learning a new language will help enhance a person’s think more rationally and logically. It’s also surpassing to learn that, being bilingual is beneficial in terms of improving the brain’s functions and attention.

Get in Touch With Us

TranslateDay is a fast rising player in the translation industry. It has gathered the most experienced translators to bring clients a thorough translation of a wide range of documents.