Translation Vs Localization: Understanding the Difference 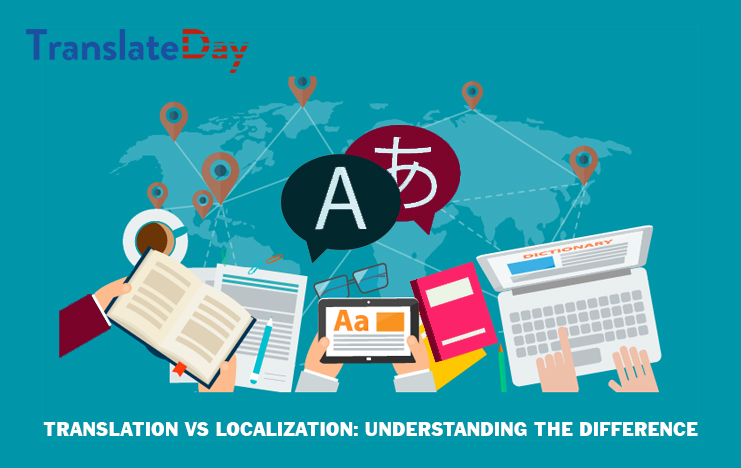 In the field of translation, one often hears the term localization. However not everyone really knows what it means. Both the terms are important and even related; yet there is a slight difference between translation and localization. So let us understand both these terms in detail, and get a sense of which term is used in what context, and so on.

Translation involves conveying the message of a spoken or written communication in another language, without changing the meaning of the message in any way. It could be translated word for word, or not, depending on the syntax and grammar of the target language. A good translator always considers cultural nuances and thinks how best to translate idioms and colloquialisms. For example, let’s take the idiom: beating around the bush. A literal, word for word (and bad) translation would be: going around a small plant while banging something on the ground. They may not use these words exactly, but if they use the literal translation of beating around the bush, this could be the meaning conveyed. Phew! I almost feel sorry for the reader who is sure to be dumbfounded. But instead, if the translator conveys the right meaning, like – avoiding the main issue and talking about unimportant matters – now that’s good work. So I guess you could safely say that it is important for the person performing the translation to be very well-versed in both the languages as well as the cultures of the source language and the target language.

Yes, translation is very much a part of localization; but it is more than that. It has a broader goal – to make the reader feel that the content was specifically created for that particular language, and not like a translation. Imagine that a website’s content needs to be translated from English to Chinese; now it’s not only the language you need to change – but also stuff like currency, address formats, dates, the layout (each country or region may have a different preference for website layout); while translating, you may find that you now have a higher or lower word count than that specified by the client, and may need to make adjustments for that too.

Localization may also be required where translation is not. Can you think of an example? Well, we all know that there are several differences in British English and American English; so let’s say you need to publish a website in the UK and the US. Here too, you may need to change certain things like currencies, address formats, even certain terms, because some words means different things in British English y American English. This is also the case with Spanish – it is spoken in many countries; nearly all of South America, in Central America, and of course, in Spain. But there are subtle differences in the usage, in customs, in colloquialisms, terms, and so on. 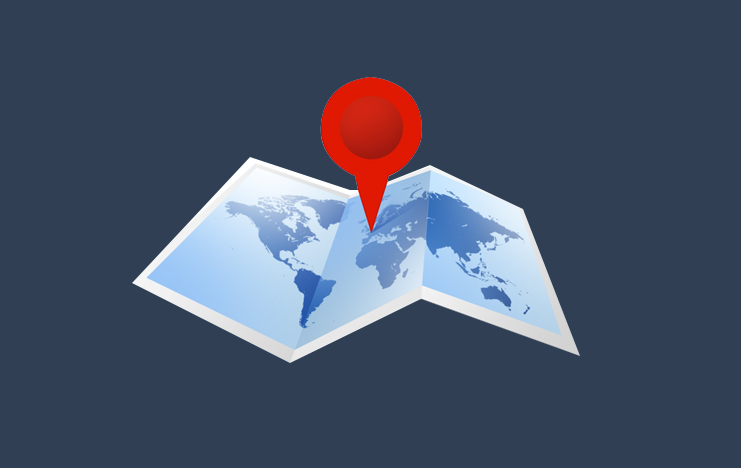 Localization involves accounting for requirements of style, technical standards and the expectations of the readers or users in the target market. Often, there are no exact equivalents for words while translating. Like, in English, we say please, but the French people say, ‘S’il vous plait’; if you translate it literally, it would mean, if it pleases you! If you were to translate from French to English, you obviously should just use the word please, because there is no usage in English like, ‘Pass me the salt – if it pleases you’! That would sound hilarious. So if you wondered ‘what is localization in translation?’ – Well, this is it!

It is only when you use localization that you can convey the true meaning of the source text or document.

Translation Vs Localization – Which To Use And When?

The biggest factor influencing this decision is the content; what type of content it is, and what the goal of that content is. For example, if it’s a traducción de certificado de nacimiento or any other legal document translation, or even translation of technical documents like manuals, then you more often than not, need a straightforward translation without the bells and whistles.

However, if you’re looking at something like product descriptions, websites, or for that matter, any kind of marketing material, where you are trying to catch the reader’s attention and trying to engage with them in the hopes of enticing them to purchase your products and services – then you MUST use localization.

People will buy from you only if they are made to feel special and valued. One of the ways you can do that is to talk to them in the language they know and understand, and love. So a mere translation which does not have a smooth, natural flow, is not going to cut it; you will need to speak to them from the heart. There is likely to be a need for heavy use of local terminology, idioms, pop culture references, colloquialisms and more, to be able to convert a visitor or window shopper into a customer.

Localization is very important for any business going global. Though it sounds contradictory, the truth is that when you want to globalize, you need to localize; that is, to globalize your company, you need to localize your products. Let us take the example of fast food chain giant McDonald’s. In America, their burger patties are mainly made of beef, followed by pork – other meats come a long way behind, and they have almost no veggie options. However, in India, there is a huge vegetarian population, and many people don’t eat beef as they consider the cow to be a sacred animal; also, there is a sizeable population of Muslims who don’t eat pork. Therefore, to appeal to the local market, McDonald’s serves chicken burgers and fish burgers, and has several options for vegetarians as well. In the Middle East, where the market consists pre-dominantly of Muslim consumers, the chain does not serve pork at all. That is localization for you – complete adaptation to local tastes.

Take a look at HSBC – their tagline in 2002 said, The World’s local Bank. Though they changed the slogan in 2011 after the Global Financial Crisis, people still tend to associate that phrase with the bank. Why? Because everyone likes to think that it is ‘their’ bank. 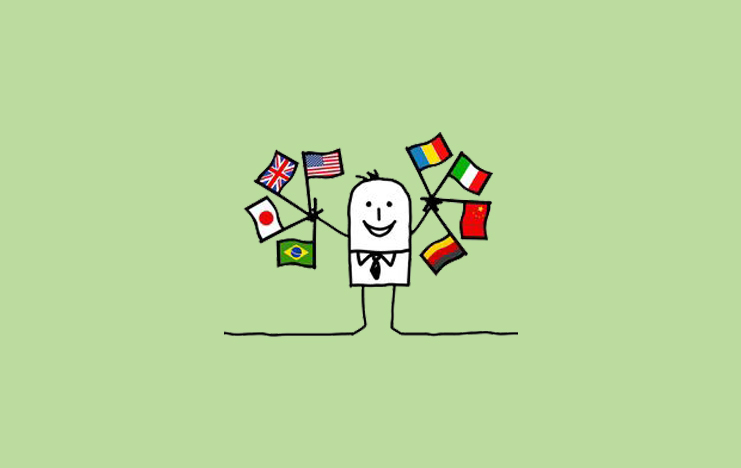 In linguistic terms, globalization means creating content that is a one size fits all type of solution; it is not obviously, a great one, but it is easy to do, and convenient for the business. It may not however, endear you to your target audience as much as you would want! That is why it is very important to localize – starting with the language, and keeping in mind the cultural nuances. For examples, different numbers, colors and animals are considered lucky, unlucky, sacred or forbidden in different cultures.

To be successful globally, it is absolutely essential that you know the local cultures and languages thoroughly and in depth. Otherwise you could end up wasting a lot of time, money and resources. For example – The Pepsi slogan – Come alive with the Pepsi generation, when translated into Taiwanese Chinese, became ‘Pepsi will bring your ancestors back from the dead’ – not cool; Coors Beers slogan of ‘turn it loose’ was really awfully translated into Spanish: ‘suffer from diarrhea’!

Worse are two examples of products that were successful elsewhere in the world but flopped in some countries because of the unfortunate translations the product names had. Examples: The Ford Pinto flopped in Brazil, because Pinto in Portuguese slang in Brazil means ‘tiny male genitals’;  the Nova from General Motors didn’t do well anywhere in entire South America because, no va literally means – it doesn’t go; and who wants to buy a car that won’t go? Sometimes, to be successful, you may even need to change the name of your product!

So to be a truly successful global business, you need language service providers who can globalize and localize for you equally well – yes, you will need to do some searching, but you will find them!

This refers to creatively infusing local flavor into the original copy when you translate it into the target language. You convey the original message, but ensure to include culture specific references and vocabulary that will be appreciated by the target market. The whole idea is to create copy that is more culturally relevant in each target market, but without compromising brand consistency. It is even more complex than localization because it is a holistic approach – it considers the emotional impact that the message will have on the target audience. This form of localization is great to use with marketing content. The main reason being, it allows you to retain brand consistency. A brand has a specific and unique tone and voice, a reputation and a personality; a certain experience that person associates with it. It is vital that in translation, these elements are not compromised in any manner – hence, transcreation. 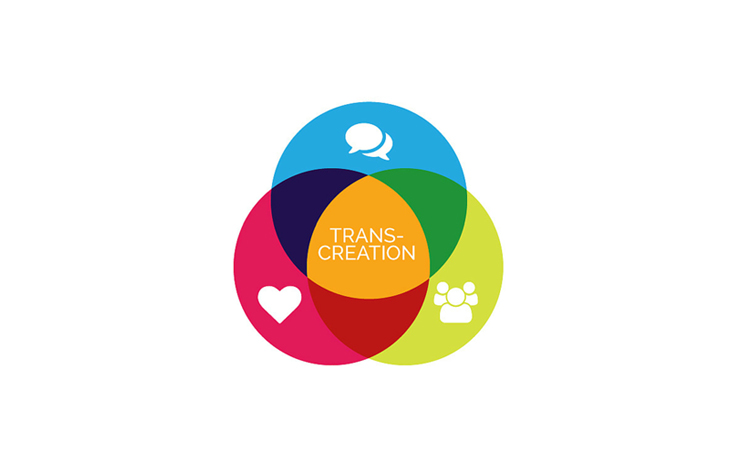 TranslateDay translates the most important Transcripts Translation documents issued by universities and other educational institutions. It has been able build an untarnishable trust with their prompt and accurate interpretation. It has become a fast rising player in the translation industry.